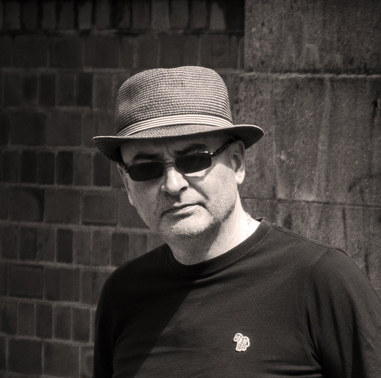 Mike’s musical life goes back to childhood, coming from a music-crazy family of 3 professional singers, many of whom performed in Australia and America, as well as Europe. He learnt to play guitar by ear to write song ideas in his late teens and has played bass on and off since his 20s, working with musicians on his degree course to perform acoustic sessions, where he sang and played rhythm guitar. Mike worked in recording studios as tape op in the 90s, working with some very well known bands and watching and learning about musical nuances and subtleties.

His prolific writing and playing throughout his life has covered acoustic, rock, pop and indie before moving into modern, contemporary blues, with a renewed passion for BB King, Freddie King, Eric Clapton, Joe Bonamassa, Stevie Ray Vaughn and John Mayer. Mike has demoed three albums worth of material and continues to write frequently, as well as being a major obsessive vinyl collector of wide ranging musical styles across the decades!