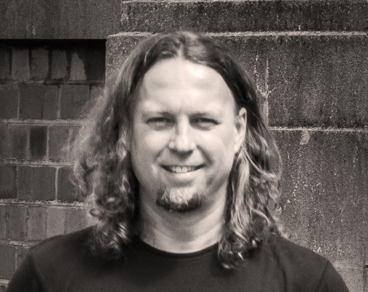 Rolly was taught classical music history and theory in his primary and secondary school years, but also listened to modern music.
Eager to be a guitarist, Rolly was given an acoustic guitar from his parents. He learned to play many great songs and eventually asked for an electric guitar from Santa Claus. His wish was granted and he began receiving guitar lessons from some great guitar teachers who inspired him. Rolly then joined bands at secondary school and played music which he heard on the radio and was greatly influenced by.
Rolly subsequently moved to Germany where he continued playing music for years, which he thoroughly enjoyed. In 2003-2006 he was part of a funk/rock band and performed a lot of great shows in Belgium, Germany, UK
Rolly has been performing with his bands since 2006 and he now has a home recording studio where he does what he does best, which is composing and teaching music.
Between 2009 and 2013 he worked with SoulAttic, a Birmingham based Soul band. They had lot of great club concerts and a number of their songs got air play at BBC Radio with one of their songs achieving a semi-finalist award at the Song of the Year competition.
He graduated as a Music Producer at Staffordshire University in 2014.